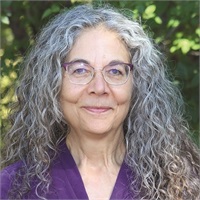 Helen’s career has encompassed many avenues: music, theatre, acting, writing, teaching, bookselling and now she’s entered the world of finance. She holds a Bachelor’s degree in Music from the University of Arizona as well as a Master’s in Music from Ithaca College. She has taught and worked for NYU-Playwrights Horizon Theatre School, Cornell University, Fort Lewis College (in Durango, CO) as well as private Elementary schools and public Middle schools. She has an extensive career as a Musical Director for numerous theatres around the country, has conducted for National tours, Off-Broadway and many regional and local theatres.

Outside of the arts, Helen worked for the 2020 Census Bureau as an Enumerator and has served as an Election Judge for the 2020 General Election as well as for the Durango West Metro District #1. She served on the Board and as a fund raiser for Alternative Horizons, a nonprofit organization that provides support and services for victims of domestic violence. She also volunteers her time with Thrive! A Living Wage Coalition.

When not at work, Helen enjoys singing with the Durango Choral Society, playing with a Chamber Trio (through the Stillwater Foundation), and participating in productions at the Durango Arts Center.